Published 4/26/16 – (Long Island, NY) Multi-media appraiser and broker Kevin B. Kamen, President/CEO of the Uniondale, NY based Kamen & Co. Group Services, expects the Gannett offer of $815 million — which he considers to be a substantial offer — to climb if and when the Tribune team takes a look and determines if it would be interested in meeting with Gannett executives. 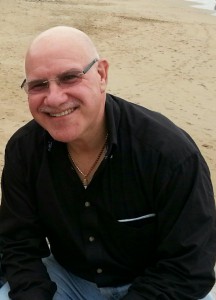 At his Uniondale office Monday afternoon, Kamen stated, “Provided Tribune agrees to sit down with Gannett, I believe the end result could see Gannett cutting a check in the $825-850 million range. At the same time, Tribune could soon receive interest from one or two other decent-sized newspaper publishing entities and quite possibly interest from a major publishing institution from abroad. I can think immediately of two other major publishing companies here in the US that would be interested in at least three of the dailies and their accompanying local-local assets. Don’t forget that the Chicago Tribune owns Chicago Magazine and the entire portfolio can be broken apart and, in the end, possibly become more valuable if sold off in pieces. I am certain the Tribune Board will weigh it all out and play Gannett to the end.”

“This is a challenging print and digital world we now live in and any company that can find economies of scale, has the infrastructure in place such as Gannett and would like to buy into particularly strong markets such as Orlando, Chicago, Los Angeles, Baltimore and Hartford can make a reach for these titles,” Kamen continued. “If that happens don’t be surprised if the entire Tribune Publishing portfolio rakes in nearly $865 million. Gannett is not just attempting to buy solid respected daily newspapers that offer quality editorial content with vast saturation from a circulation perspective and a wide host of digital growth potential across assorted channels; they want dominance. In order to have advertisers buy ad space in various platforms you must be able to offer key demographic and institutionalized branding and these markets and specific titles provide Gannett with exactly what they need to project dominance and a shift in their recent model of market penetration. Their emphasis in recent years has been on the digital growth side but it is clear that they have come to the realization that print is still alive and matters to readers and ad buyers alike. In the end, if the deal is made it will be interesting to see how many folks lose their jobs due to cost savings and duplication of services across the board and how efficiently leadership will administer the entire Gannett organization.”

For the record, Kamen was the newspaper valuation expert who correctly projected what Newsday, The Boston Globe and the Providence Journal would be sold for prior to their most recent sales; he has a longstanding list of newspaper, magazine, book publishing and shopper clientele with nearly 40 years servicing the publishing industry.